Get details on Christa’s Gut Thrive in 5 program here!
Special note! Christa is offering Balanced Bites Podcast listeners $200 off the program and $100+ off supplements now through November 30th! Use code BALANCEDBITES when you check out to get this amazing deal!
Topics: 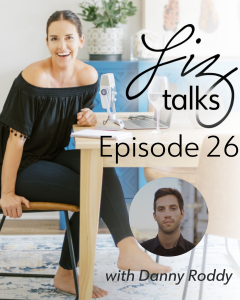 Danny Roddy, early adopter of Ray Peat’s ideas and author of Hair Like A Fox, stops by to talk about Dr. Peat, lifestyle and nutritional 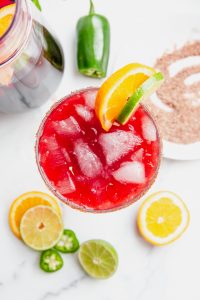 Made with deep pink, antioxidant-rich hibiscus tea, this spicy jalapeño hibiscus margarita is sure to make everyone smile! (Even before they’ve had their tequila!) I’ve

Liz talks body composition changes and breastfeeding:  -why programs and protocols don’t work; -why restricting carbs or calories is a BAD idea; -why the idea that “the

Naomi Whittaker, MD, is an OBGYN and NaPro fertility surgeon specializing in the Creighton Model FertilityCare System and NaProTechnology, which works cooperatively with a woman’s